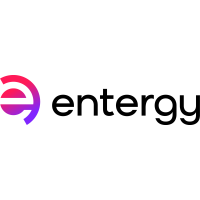 Regulatory filing is next step in Entergy’s resilience conversation with regulators, communities

The last two hurricane seasons have shown that extreme weather events are impacting the New
Orleans area, and the entire Gulf Coast region, with increased frequency and severity, with greater
costs and disruptions to Entergy New Orleans and its customers. Entergy’s entire service area has
been impacted by multiple, more frequent, and intense severe storms, including Hurricanes Laura and
Ida, two of the strongest hurricanes to hit Louisiana. The entire region, including New Orleans, must
pivot to become more storm resilient.

Entergy New Orleans’ filing includes a menu of options for the New Orleans City Council to consider
including grid resilience, hardening projects, and alternative technologies such as microgrids. Projects
were identified through a comprehensive, resilience-based planning approach and prioritized using a
cost-benefit model designed to select the projects expected to deliver the largest benefits to
customers.  In totality, these hardening projects are estimated to cost approximately $1.5 billion over 10
years.

“While investments to harden the grid carry a significant cost, they result in substantial customer
benefits in the long run,” said Deanna Rodriguez, president and chief executive officer of Entergy New
Orleans. “Robust investments in grid resiliency will reduce the duration of power outages following
major storms and will also reduce future storm restoration costs. Our objective is twofold - the
hardening of the New Orleans grid and how quickly we get power back on for customers.”

“Plans across all of Entergy’s companies call for a $15 billion investment to better protect against
weather events, from hurricanes to ice storms – and they will include the hardening of more than
30,000 miles of distribution power lines and nearly 500,000 distribution poles,” said Rod West, group
utility president for Entergy. “We know that hardening the electric system and investing in newer, more
robust structures and equipment will help us to be better prepared for the new normal of the storms that
impact our region. This is about serving our customers – whether it is a family, small business or large
industrial manufacturer – with more reliable, more resilient power delivery systems.”

In October of 2021, the New Orleans City Council opened a grid hardening and resilience docket
asking multiple stakeholders to propose infrastructure resiliency and storm hardening plans for Council
consideration. The company’s filing today is a crucial step towards beginning the process to make a
substantial investment in infrastructure needed to positively impact customers.

“While no amount of infrastructure investment can make an electric system completely resistant to the
impacts of extreme weather conditions, we know that hardening the system will help us to be better
prepared for the new normal of the storms that effect our region. The costs of such projects will impact
customers so we look forward to working with the City Council and other stakeholders to identify which
projects should be included in the company’s 10-year resiliency investment plan and doing so in an
affordable way for our customers,” added Rodriguez.

Entergy New Orleans resilience filing builds upon its previous investments in the grid such as the New
Orleans Power Station, which provides 128 MW of needed local generation and played a vital role in
New Orleans’ recovery from Hurricane Ida, the 20 MW New Orleans Solar Station, the commercial and
residential rooftop solar program, critical updates to the Derbigny and Avenue C substations and the
underground transformer replacement project in the Central Business District and French Quarter.
Entergy New Orleans looks forward to a collaborative process at the Council to determine the best path
for New Orleans.

To learn more about Entergy’s resilient solutions for a sustainable tomorrow, visit entergy.com/future.

About Entergy
Entergy (NYSE: ETR), a Fortune 500 company headquartered in New Orleans, powers life for 3 million
customers through its operating companies across Arkansas, Louisiana, Mississippi and Texas.
Entergy is creating a cleaner, more resilient energy future for everyone with our diverse power
generation portfolio, including increasingly carbon-free energy sources. With roots in the Gulf South
region for more than a century, Entergy is a recognized leader in corporate citizenship, delivering more
than $100 million in economic benefits to local communities through philanthropy and advocacy efforts
annually over the last several years. Our approximately 12,500 employees are dedicated to powering
life today and for future generations. Learn more at entergy.com and follow @Entergy on social media.
#WePowerLife
Business Directory News Releases Events Calendar Local Deals Job Postings Contact Us Weather Join The Chamber