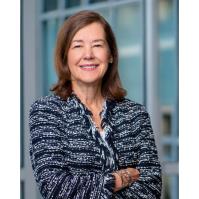 Meredith Hathorn steps into chair position with MSRB
Meredith Hathorn will be taking over for Patrick Brett as chair of the Municipal Securities Rulemaking Board Oct. 1, bringing her nearly forty years of public finance experience to the role.

"What I really want to do is highlight the value of being an SRO (self-regulatory organization), and continuing to earn the public trust," said Hathorn, a lawyer who is a managing partner at Foley & Judell in Baton Rouge, Louisiana. "I think that by being transparent and accountable, that will go a long way, in making the market feel that we are listening and hearing the diversity of our stakeholders."

Hathorn spent the last year as vice chair under Brett, and as chair, she intends to continue Brett's efforts in technology and rulemaking, in addition to taking a broader look at how the board can improve fixed income markets in collaboration with the Securities and Exchange Commission and Financial Industry Regulatory Authority as well as improving data quality throughout the market.

"We can all agree that evolving technology and market practices are really important and we need to pay attention to how those practices are evolving," Hathorn said. "By doing that, I think that we will show the value of the SRO, show how diverse our board and our staff is, and that we are listening to our stakeholders."

The board's efforts to take a closer look at the municipal market can be highlighted in its recent request for comment MSRB Rule G-14, on time of trade requirements, which some commenters have already noted that it will be difficult for small firms to comply with. The comment period for the proposed amendments to Rule G-14 closes on Oct. 3 but MSRB efforts won't stop there.

"We need to hear from everyone as to whether or not it is possible, and not overly burdensome on some people," Hathorn said. "We're looking at possibly collecting pre-trade data, so again, I think that we've got the touch points of all the trades being looked at on an overall basis."

Pre-trade data has been a point of contention in recent years, as many claim the lack of available data puts retail investors at a significant disadvantage, among other concerns.

"When we talk about transparency, it's about making sure that our fixed income market structure is appropriate and to the extent that improvements can be made in that area, we'll certainly be looking into that," Hathorn said.

Hathorn's efforts will also include data improvements to its EMMA platform, in addition to yearly routine updates.

"We are trying to clean up the CUSIP data that we have in order to improve the data quality," Hathorn said. "We will be doing EMMA alert enhancements and continuing search enhancements that are critical for all users, whether they're looking for data or also just inputting information."

Upcoming actions by the board include responding to the comments it received on its time of trade proposal in addition to the implementation of amendments to Rule G-3. The board's FY2023 budget, expected next week, will provide more detail on its upcoming priorities.

Carol Kostik, retired former comptroller for public finance for the City of New York, former public member of the MSRB's board of directors and chair of the MSRB's Audit and Risk Committee will be serving as a vice chair. Her experience as an issuer official will compliment Hathorn's more general legal background.

"I represent such a wide range of clients, who range from the state of Louisiana to the City of New Orleans and colleges and universities and private activity bonds," Hathorn said. "Carol is very detail oriented, very issuer oriented and I'm really looking forward to collaborating with her and we certainly compliment each other."

Hathorn began her career as an associate at Mudge Rose Guthrie & Alexander in New York City from the time of her graduation from Tulane University School of Law in 1983 until she joined her current firm in 1985. She holds an undergraduate degree from Louisiana State University.

During her time as vice chair, she was also chair of the MSRB's Nominating Committee, as well as a member of the Steering Committee and Finance Committee.

Before being elected to the board in 2020, Hathorn also served on the board of directors at the National Association of Bond Lawyers, which included a term as secretary of the board. She is still a member.

"My role is really to lead the organization and to continue to bring value to our marketplace," Hathorn said. "That's really important for us."